Though youth constitute an overwhelming majority in the West Bank & Gaza (65% of the population is between 13-38 years old), there have been few opportunities for them to engage in community affairs and local governance. In response, Global Communities (Formerly CHF International) piloted the Youth Local Council initiative in four communities in 2008 in partnership with a local organization, Al-Mawrid with funding from USAID. After the success of the pilot, Global Communities expanded to an additional nine communities with local partner, the Sharek Youth Forum (Sharek) in 2010 under the USAID-funded Local Democratic Reform program (LDR). The initiative continues now under the USAID-funded Local Government & Infrastructure program (LGI) and will expand to an additional seven communities in 2013, for a total of 20 target communities.
Youth Local Councils (YLCs) are democratically elected bodies made up of 11-15 members aged 15-22. The council mirrors the elected local government unit (LGU, or municipality) in its size and formation. Working in partnership with the municipality, the purpose of the YLC is to sensitize youth to good governance practices and give them an opportunity to take a leadership role in their community. Through constant coaching and mentoring, Global Communities and Sharek support youth in the following phases:

2. Campaigning and Outreach to Voters: Any eligible General Assembly member can run for a seat on the council. Global Communities and Sharek train youth on how to campaign, speak to voters, and develop platforms, and support local debates among candidates.

3. Holding Democratic Elections and Forming the Council: In partnership with the municipality, Global Communities and Sharek facilitate the election process, recruit and train young election monitors, and ensure a democratic, transparent process. Once the results are in, the municipality certifies the elections and the council is formed, which includes key positions (Mayor, Deputy Mayor, Treasurer, and Secretary) mirroring the actual local council. The initiative has now completed 28 certified elections resulting in the election of over 300 council members.

4. Leadership & Skills Development: Once elected, youth are trained in a variety of skills, including project management, advocacy, and gender equality, preparing this cadre of young leaders for their new positions.

5. Establishing Local Partnerships and Alliances: The council then activates the General Assembly to engage with the municipality, civil society organizations, and local partners. This gives the council an understanding of what is needed in their community, what initiatives they could focus on and establishes local partnerships.

6. Supporting Youth-Led Local Activities: The hard work of the councils is implementing what have now totaled hundreds of local initiatives and activities impacting local communities. In close partnership with the municipality and local organizations, some previous initiatives have included beautifying parks and roads, career fairs, safety and traffic campaigns, and fundraising for local organizations. 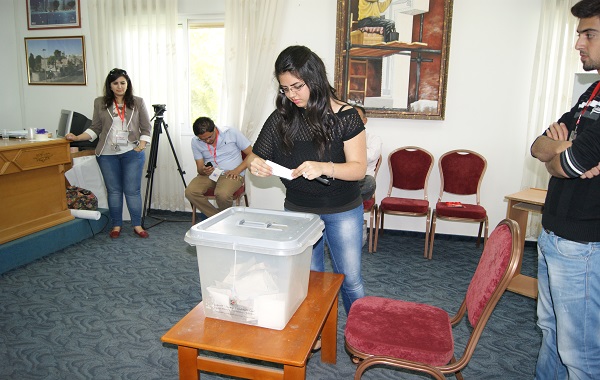 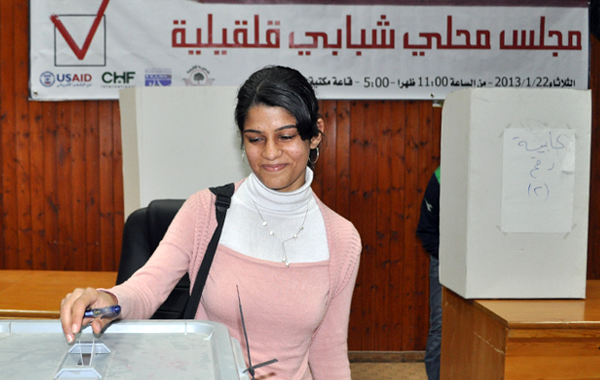 Women's participation is prevalent in YLCs. Their participation has crossed beyond the symbolic, to dispel the common notion that the participation of women in Palestinian civil society is minimal and figurative. They remain at the forefront in YLCs elections, meetings, trainings, initiatives and community service activities.

YLC achievements under LDR:
Below are just a few of the recent community initiatives that were undertaken by YLCs

Also each YLC implemented public awareness campaigns selected in collaboration with each YLC's general assembly about issues they deemed as important for their local communities and municipalities. Below are some of the highlights:

In addition, many youth engaged as YLC council members have gone on to leadership positions in their community, including:

Ultimately, this initiative is creating the next generation of Palestinian leaders who are knowledgeable and practiced n good governance approaches, including democratic and transparent elections, community participation, and accountability.

For more on this initiative, please see the following resources: